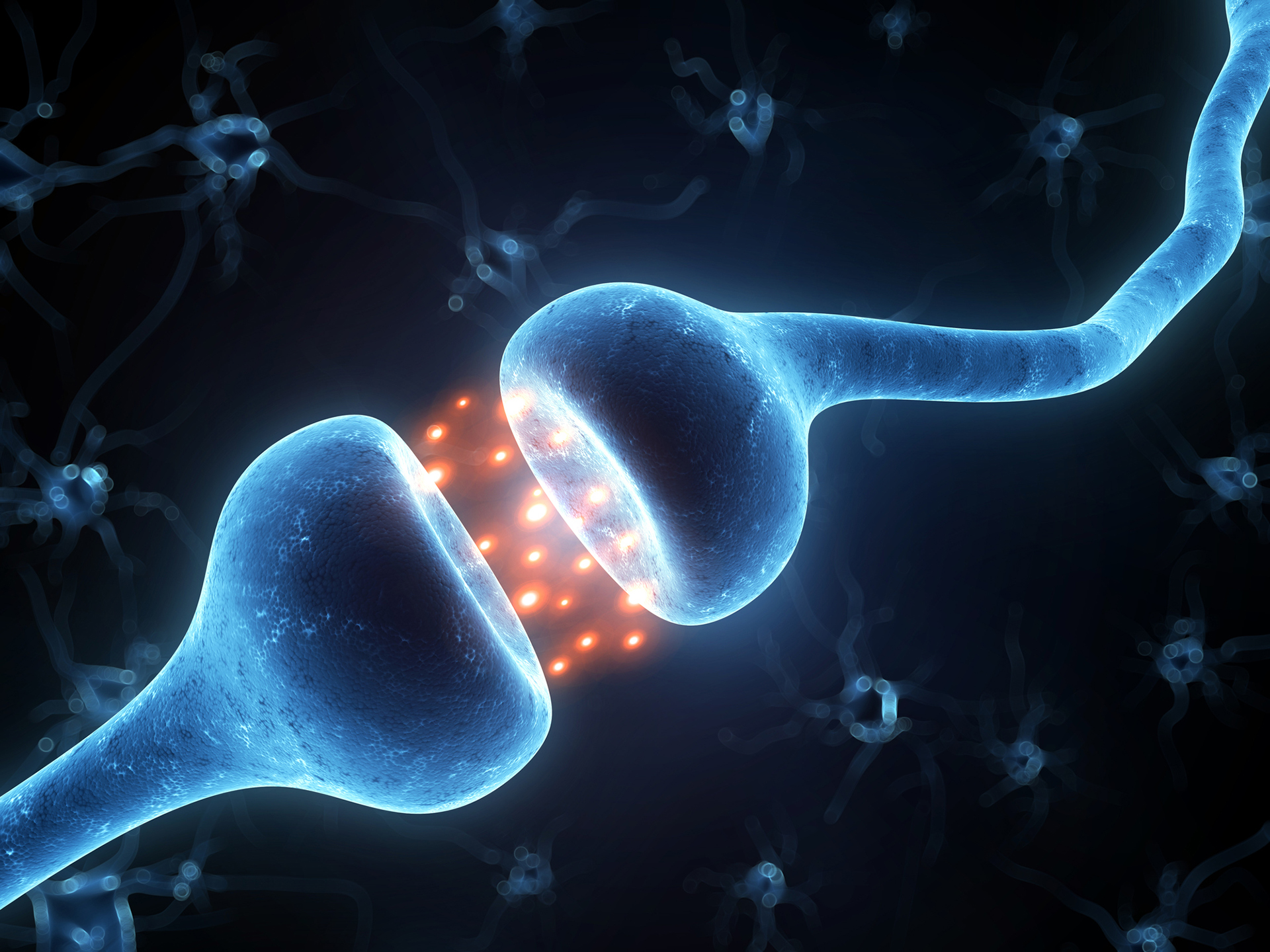 How does CBD work?

In recent years, an increasing number of people are becoming aware of CBD and learning more and more about its uses. Most people now understand that CBD is a non-psychoactive compound found in the cannabis plant – meaning it doesn’t get you ‘high’ the way that THC does – and that it delivers a wide range of health benefits. But how exactly it does all of this is still a mystery to many.

Let’s take a look at the specifics, without getting too technical.

How does CBD work in the Brain?

The human brain contains an enormous amount of  cells used to communicate information between different parts of the body called neurons. When one neuron needs to communicate with another, it releases a neurotransmitter chemical that binds to the second neuron via a receptor structure called a synapse.  For two neurons to communicate, they must have corresponding receptors to which the neurotransmitters can attach.

Receptors are what intake information from neurotransmitters like dopamine and serotonin that send signals to our bodies to regulate things like mood, hunger, and sleep. Sometimes, however, this chain of communication is broken or damaged, disrupting the body’s ability to regulate itself. In other words, communications aren’t being sent or received, usually due to a lack of the necessary neurotransmitters. These damages can be caused by a number of factors, rooting from a variety of causes.

As it turns out, brain receptors can interact with transmitters introduced from outside the body. This is where cannabis compounds (like CBD and THC) come in. While both of these compounds – called cannabinoids – affect receptors when ingested or smoked, only THC affects receptors (called CB1 and CB2) that produce a psychoactive effect. CBD has an indirect influence that involves encouraging the body to create more of the cannabinoid neurotransmitters that it naturally produces by inhibiting the enzymes that break them down. Yes, you read that right, our bodies actually produce their own type of cannabinoids.

To simplify that, if your body experiences problems regulating itself due to low neurotransmitter levels, CBD can be introduced to boost those levels and facilitate communication.

CBD can positively affect the body in many ways.

If that all seems like a complex system to understand, that’s because it is. But here’s another way to put it – when your body is having trouble regulating itself, CBD can often help.

Studies have shown that CBD can help regulate mood, alleviate depression or anxiety, limit or increase hunger, combat PTSD, and regulate the body in numerous other ways.

Contact KannaSwiss to learn more about the health benefits of CBD, or go ahead and order our products of unmatched online.

This website uses cookies to improve your experience while you navigate through the website. Out of these cookies, the cookies that are categorized as necessary are stored on your browser as they are essential for the working of basic functionalities of the website. We also use third-party cookies that help us analyze and understand how you use this website. These cookies will be stored in your browser only with your consent. You also have the option to opt-out of these cookies. But opting out of some of these cookies may have an effect on your browsing experience.
Necessary Always Enabled
Necessary cookies are absolutely essential for the website to function properly. This category only includes cookies that ensures basic functionalities and security features of the website. These cookies do not store any personal information.
Non-necessary
Any cookies that may not be particularly necessary for the website to function and is used specifically to collect user personal data via analytics, ads, other embedded contents are termed as non-necessary cookies. It is mandatory to procure user consent prior to running these cookies on your website.
SAVE & ACCEPT
Shopping Cart
Products
0
Total
CHF0.00
To Checkout